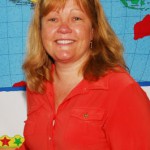 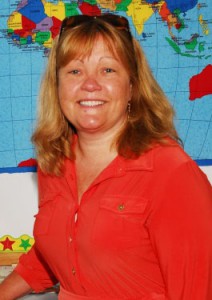 Joanne’s involvement with volleyball began in 1981 at Maloney High School. She palyed four years in one of the premier programs in the state, coached by Hall of Famer Cindy Opalski. Not only did she learn how to better her skills and playing ability but she also learned the intricacies of the game that would server well as a coach. She showed herself to be someone who could lead as evidenced by her selection as captain. A versatile athlete, Joanne played tennis for four years. She was captain and received the Dan Sullivan Scholarship Award her senior year.

After graduation in 1984, Joanne attended CCSU as an Education major. In the Fall of ’85, she became assistant coach of the Lyman Hall girls’ volleyball team. With that one year coaching experience and start her junior year at Central, Joanne applied for the head coaching position at her alma mater. Maloney’s legendary AD Norb Fahey saw something in young Joanne and hired her for the job; and that rest is, as they say, history. She would remain there for 11 seasons, accruing an impressive 201-33 record, continuing the winning tradition establish by her predecessors. During her tenure as coach, Maloney consistently qualified for post season play, winning 8 CCC South league titles and taking 5 trips to the finals of the CIAC Class L State Championships. In 1989 and 1994, Maloney finished as runner-up and they won the state titles in ’87, ’88 and ’92. Joanne has had many of her players recognized for their playing. They have been selected to receive numerous all-league and all-state honors. Many of her players have gone on to play in college.  Joanne has been honored for her outstanding achievement in coaching as well. She was selected Connecticut High School Coaches Assoc. Volleyball Coach of the Year in 1995. In 1996 she received that National High School Coaches Assoc .District 1 Volleyball Coach of the Year and she was one of eight finalists for the NHCA coach of the year.

Joanne has excelled in her teaching career as well as her coaching career. She received the Meriden Exemplary Project Achievement Award in 2001; Meriden Project Excel’s Influential Teacher Recognition (1998-05); 1998 Nomination for “Who’s Who Among  America’s Teachers.”  In 2008 Joanne was hired as the Supervisor of Language Art (6-12) for the Meriden Public School System.

Joanne said she was most influenced by her grandmother, Freida Burhardt. A strong woman who encouraged Joanne to strive for excellence, a trait she in turn passed on to the young women she has coached.

Paula attended Platt High School in Meriden from 1975-79 during the infancy of Title IX and the growth of women’s athletics. A versatile athlete, she played volleyball, basketball and softball.  When Paula entered Platt as a freshman, volleyball had only been a varsity sport for three years.  The team finished 6-8 that year, but just three year later it would finish 15-2 and be runner-up in the CIAC Class M State finals.  Paula was a big part of that success.  A dedicated and talented athlete, she worked to develop and improve. She was a four-year varsity starter in volleyball, earning four letters and serving as co-captain her senior year. She was also an All-League team selection her sophomore, junior and senior years (there were not All-State teams in the 70’s).   Paula did not just excel in volleyball; she was a four-year varsity starter in basketball and softball as well.  She earned letters in each of these sports for four years. She has the distinction of being the first athlete at Platt to earn twelve varsity letters. Paula was also captain of the basketball and softball teams and was an All-League selection for both.

Paula received a volleyball scholarship to the University of Connecticut, no small feat since scholarships for women were rare in 1979.  She played there for three years and earned three more varsity letters. Since graduating college, Paula has continued her involvement with volleyball, playing on USVBA teams, beach doubles, and coaching.  Paula started coaching at Middletown High School in 1984, but left after one season to return to Platt to replace her former coach, Denise Amiot.  She continued to keep the winning tradition alive. In her four years there, Platt won three CIAC Class M State Championships (1985, ’86 and ’88) and was runner up in 1987.

Today Paula resides in Cheshire with her husband Michael and her two children, Brendan (11) and Lindsay (8). 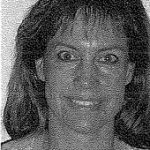 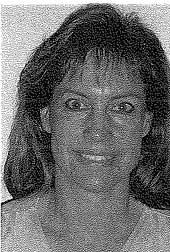 Judy began working voluntarily, in the Maloney athletic department in high school and has continued her association in various capacities for over 45 years. Following her graduation from Maloney, Judy attended UConn, where she played volleyball for two years on the club team, prior to its establishment as a varsity sport.

Judy received her undergraduate degree in speech /language pathology in 1975, and later received a Master’s Degree and sixth year certificate in communication disorders/speech pathology from SCSU. She was a speech pathologist in the one area school system for one year in return to Meriden where she continued as a speech/language pathologist for 14 years and several of the district’s schools, until she retired in 2012.

Judy also coached field hockey for Maloney for 13 years. She has been a member of the Hall of Fame committee since this is inception in 2003, serving as chairperson for four years, and was a member of the ninth class of Maloney Hall of Fame inductees receiving her honor in April 2014. Judy is affiliation with the volleyball Hall of Fame began with the inaugural class when she and her co captain presented Sandi Piantek with her award. She was asked to take photographs for the first group of inductees and has photographed every class of inductees since. 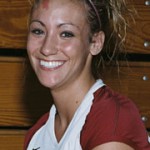 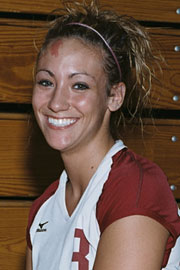