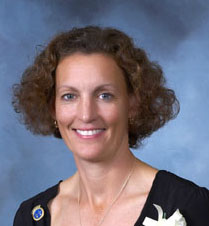 Off the court, Gail has served as the CIAC State Tournament Committee for 21 years and was a founder of the Senior All-Star game. She was the chairman of the CHSCA all-state selection committee and co-chair the national volleyball clinic in 1996 and 2002.