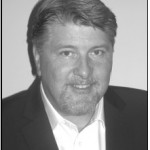 Steve’s volleyball career began as an outstanding player and continued as an out-standing coach. He first played volleyball at UMASS Amherst with Pat Ryan who was already a member of the team. He was named a New England All Star both years he played at the College club level and he played with various USVBA and local adult teams throughout the years.

His first coaching job was at Amherst High School in 1984 as the first Boys’ Volleyball coach. The team’s record was 11-1. His next coaching opportunity was at Glastonbury High School where he started as the girls’ assistant coach in 1990. Steve coached there until 2002, his last 6 years as the Varsity Coach.

After taking many years off to spend more time with his children’s activities, he re-turned to coaching at East Catholic High School as the assistant girls’ volleyball coach from 2009 through 2012. This allowed him to be a part of the team while his daughter Emma played. He also coached numerous girls Junior Olympic teams for the Husky Volleyball Club, operated in central CT by Pat Ryan.

Steve credits the many people who have helped influence him as a coach but none more than his presenter Pat Ryan. Of Pat Steve said, “Pat has been there since my first day playing at UMASS and continued to be an influence on my coaching, and coaching philosophy throughout my career”.

Steve is a Mortgage Loan Originator and lives in Stafford Springs with his wife Kathy and 2 children Joey and Emma. 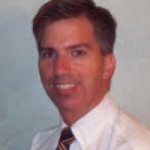 There were very few opportunities for boys to play volleyball back then and Pat subsequently played club volleyball at UMass/Amherst with his presenter, Steve Geryk.  He played college club volleyball for three years and was named to the All New England team each year and he was selected Player of the Year twice.  After finishing his collegiate club career, Pat started playing with adult teams in New England regional championships (as recently as 2006).  At the US National Championships his teams have placed as high as 3rd (highest ever for a New England team). He was named an Open Division All American four times and was also selected the 30 and over Player of the Year. One of the most memorable highlights of pat’s career was when he played on the USA Select Team at the Pacific Ocean Games in Columbia, South America in 1995 and winning a gold medal.

In 1996 Pat’s friend Steve Geryk convinced him to take the assistant coach position for the Glastonbury High School boys’ team and then to fill in with the girls’ team in the fall of the same year.  That was it… he was hooked on coaching.  In 1999 at the urging of some of his high school players and parents, Pat founded Husky Junior Volleyball Club.  Initially there were only six teams , but it has grown to be the largest USA Volleyball Junior Olympic Club in New England with 30 girls teams and three boys teams.

Pat could not pick just one person who was most influential to his volleyball career. There would be Don Matus (his high school coach) who introduced him to the sport; Dave Castanon (New England regional commissioner for USA Volleyball now) the captain/coach of Pat’s first high level team; and Steve Geryk who brought him into coaching. 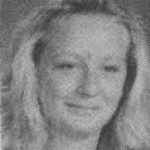 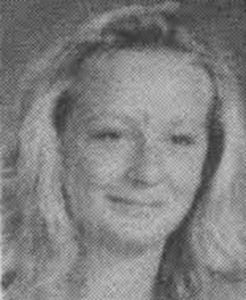 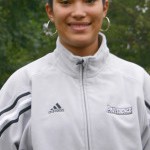 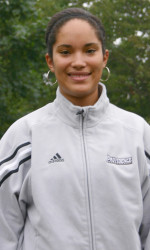 Allison was born in Connecticut but raised in Dallas, Texas and Ft Wayne, Indiana. She spent most of her childhood growing up in Ft Wayne. She was introduced to volleyball in the third grade and began playing club volleyball in fourth grade. While living in Indiana, she had the opportunity to train with elite club programs such Munciana Volleyball Club and Sports Performance Volleyball Club. Her father relocated to Glastonbury, Connecticut in 1998 where she began her high school volleyball career as a Tomahawk under Coach Steve Geryk. She made an immediate impact as a setter for the varsity team and after a few games was named the starter. During her sophomore season she was named team captain, a role she held her remaining three years. Glastonbury quickly became a volleyball powerhouse across the state securing the number one spot in the state polls for many weeks in 2001. Allison led the Tomahawks to the CCC West Conference title all four years and the CCC Conference title against rival Maloney in an exciting five game match in 2001, where she totaled 32 kills. Glastonbury made it to the state semifinal match before their season ended with an impressive 21-2 record.

During her high school career she was a four year all conference team member, the three time Allstate team member, member of the Hartford Courant all Courant team, named the 2001 East Region All-Star MVP, and the 2001-2002 Gatorade player of the year. She spent the off-season playing for Pat Ryan’s candidate husky volleyball club on their High Performance team. She joined other top players in the state such as Alesia Vaccari securing the 2002 New England region championship Allison was selected to participate in the USA Junior National High Performance training camp held in Kalamazoo, Michigan in 2001 and named to the USA New England High Performance team which competed in Salt Lake City, Utah in 2002.

After visiting many schools, she committed and signed with the University of Connecticut, before transferring to Providence College after her freshman season. While at Providence, she was a three year starter and named captain her senior year. She was named to numerous all-tournament teams throughout the years and the All-Independent team her senior year. Interestingly, Allison has played every position including club burial at some point during her career.

Allison married her husband Charles, a former member of the Providence College basketball team in 2012 and they are awaiting the arrival of their first baby also due in November. Allison currently works within the juvenile court as a forensic social worker. Her parents and sister were a large part of her success over the years, her father who also played basketball for Providence College passed away in 2010 after a battle with cancer and her mother now resides in Myrtle Beach, South Carolina. Her sister is a prominent high school basketball coach in North Carolina.