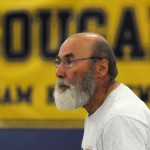 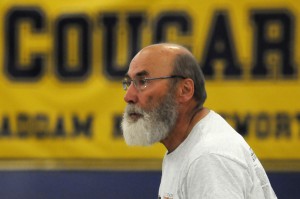 Richard Langer started playing volleyball around 1970 in the old Southern New England YMCA league. He played in various tournaments in both New York and New England.

Five years later, Rich started coaching volleyball at Haddam-Killingworth. During his career, his teams have been to the finals of the Connecticut state volleyball tournament seven times. In 1991, his team was the Class S state volleyball champion.

Also during his career, in 2001 Rich was named the Connecticut High School Coaches’ Association Volleyball Coach of the Year.

In addition, Rich coached at the University of Rhode Island’s volleyball camp for three years, was selected Teacher of the Year for Regional School District 17 in 1998 and was inducted into the Haddam-Killingworth Hall of Fame and 2009.

Rich continues to play volleyball having played in the United States Volleyball Association’s nationals three times in the past five years. He also has played in various charity tournaments as a family with his two sons, daughter, son in law, and daughter in law.

The 2014 season is rich reminders 40th year of an outstanding volleyball career.