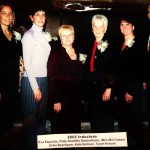 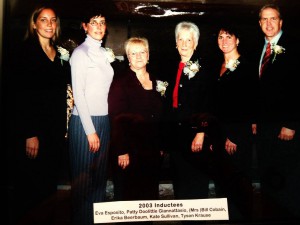 Kate began her volleyball career at Bloomfield High School where she competed for four years on the varsity level. She served as captain her junior and senior years. Upon graduation from high school in 1977, Kate studied at SCSU where she chose to try out for the volleyball team. She competed in the successful program for four year, as the team went 103-26.  She served as captain during her junior and senior seasons. She was also named athlete of the week numerous times at SCSU.

Kate also played for the New Haven Dippers for eight seasons where she competed in two national tournaments. In 1981 and ’82 Kate worked at SCSU as the assistant volleyball coach to Joan Barbarich. She ran numerous high school volleyball clinics and was involved in coaching summer volleyball camps.

Tyson has a volleyball career rich in every facet of the game. Beginning with his days as a collegiate all star player at Springfield College, to coaching Boston College, Albertus Magnus and San Diego State University, where his teams consistently ranked nationally in the Top Ten in Division I. he received the FIVB Level 2 International Coaching certification as well as the USA Volleyball CAP 2 Coaching Certification.

Tyson founded and directed Score Promotions volleyball schools. At present he is founder and president of the Connecticut Junior Volleyball Assoc. The CJVA is a statewide program which has provided off season training for over seven thousand girls of varying skill levels. He is also owner of the Connecticut Sports Center in Woodbridge. The CSC is a 44,000 square foot facility dedicated to volleyball. 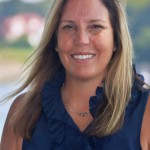 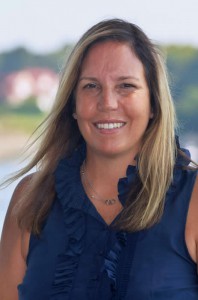 Eva started her volleyball career at Branford High School in her sophomore year. She earned a starting position the following year. In 1987 and ’88 she was selected to the All-Housatonic Volleyball Team and was selected as Branford’s MVP.  In 1988, the team was Class M runner-up and Eva garnered Class M All-State honors.  She led her team in kills, blocks and passing average. She was an honor roll student and was listed in the Who’s Who Among High School Students in 1989. She later attended the University of Hartford on a full basketball scholarship. 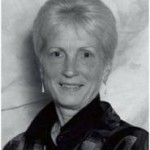 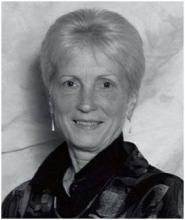 Bill was a women’s volleyball referee for over two decades. He refereed on both the high school and college level. He was an active member of the Connecticut Federation of Volleyball Officials and served for many terms as that organization’s secretary/treasurer. In addition to those duties, he serviced as an evaluator and scheduling coordinator for the board.

Bill’s enjoyment and enthusiasm for refereeing led to encouraging a number of his professional colleagues to become referees. Some of those friends remain active volleyball officials today. 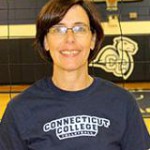 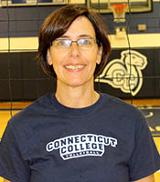